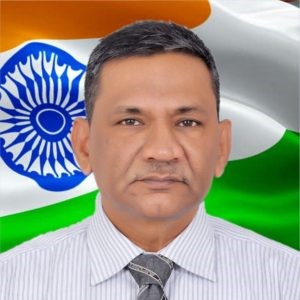 Lt Col Dr Samir Rawat is a combat veteran and a Cognitive-Behavioral psychologist who uses an eclectic approach in imparting soft skills training and behavior modification related to high performance leadership, trauma and stress management, personality development, behavior modification, group and one-on–one Counselling. With over 30 years of experiential learning in diverse military leadership roles including creating future leaders, he has set up his own not-for-profit workspace (Military MIND Academy) which offers integrated management services engaged in providing strategies, solutions and services to clients in areas of Employee and Leadership Development as well as team building; he also conducts psychology and military grooming and leadership development internship programs. He has extensive experience in strengthening intrapersonal and interpersonal skills development with individuals and among teams; his focused work areas include Executive, Life & Performance Coaching, Mentoring, Behavioural Counselling, Soft skills as well as outbound Training, and OD Consulting.

Lt Col Dr Samir Rawat is a decorated soldier with proven leadership skills in Siachen Glacier, which, at 21000 ft is the highest battlefield in the world where he commanded an Infantry rifle company as a volunteer Officer. He was also conferred a President’s gallantry award for recapturing enemy held positions during Kargil operations in 1999.

With a PhD. in Psychology, Masters in Management and a M.Phil in Defence & Strategic Studies, Samir brings with him over three decades of experience in training and human resource optimization. He plays a key role in crafting personal growth strategies as well as creating long term benefits for organizational development across a diverse spectrum ranging from Armed forces to Civil Services to Corporate and organizations, including faculty development and training of trainers. Dr Samir Rawat was the first psychologist to be posted to the National Defence Academy, Khadakwasla, the cradle of military leadership in India. He was also Psychologist to the Army shooting team that won more than 10 gold medals in the 2010 Commonwealth games.

He is a guest speaker at well-known international think tanks and academic and military institutions; he has been a guest faculty for 6 years for every single course at Senior Command Course at the Army War College to speak on matters of personal and organizational resilience building in context of challenges to military leadership. Besides, Dr Samir Rawat has written, published as well as presented psychology and military papers in National as well as international conferences in India and abroad; he organizes WARMCAMP International Military Psychology Conference in India annually and is a regular participant at annual military psychology conferences abroad. He has contributed extensively to military and academic journals of repute as well as been cited in leading national newspapers; he has edited five books on military psychology with authors from over sixteen different countries and has also contributed book chapters in ten military psychology books which have been published in four countries. He has taught a diverse group of population ranging from military recruits, cadets, Young Officers, Commanding officers of the Armed forces, Para Military Forces and friendly foreign countries as well as Admirals and their spouses, uniformed and non-uniformed psychologists, senior military leadership in India and abroad. He has also been involved in training school & college faculty as well as students from various countries, NGO’s, pilots as well as Management trainees in academic institutions and senior management in corporate houses. More recently, he has conducted workshops and been a keynote speaker in military institutions in Romania, Serbia, Norway and Poland as well as for NATO in 2018.

Besides providing learning and development initiatives in diverse domains across verticals, Dr Samir Rawat is concurrently pursuing his doctoral research in management with an emphasis on self-regulation. In his spare time, he enjoys gardening as well as motorcycling and is a member of the Harley owners group (HOG).

Any cookies that may not be particularly necessary for the website to function and is used specifically to collect user personal data via analytics, ads, other embedded contents are termed as non-necessary cookies. It is mandatory to procure user consent prior to running these cookies on your website.